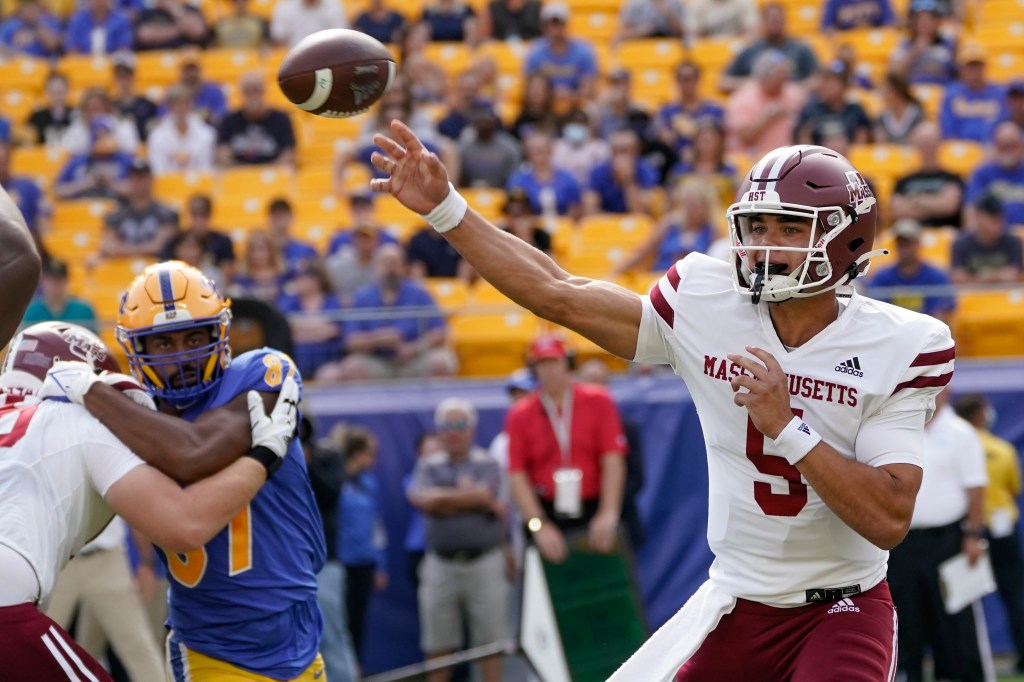 UMass interim football coach Alex Miller played for the new boss when he was the old boss.

Brown, 66, will make his second stop at Amherst. UMass was an NCAA Division 1AA program, the forerunner of today’s FCS, when Brown led the team from 2004 to 2008, the most successful stretch (41-19) in the school’s history.

Miller started 50 fights at the center from 2003 to 2006 and was a two-time All-Atlantic 10 first-team All-Star and an AFCA and TSN All-American his red-shirt senior season at Brown’s watch.

“Obviously, I played for him and he was an important part of me growing up and developing as a player and coach and a person,” Miller said. “I could not be more excited that he is back.

“He was a big part of this family and I think we got a great job. I just want it out there.”

Miller has one last piece of work to clean up before UMass drops the curtain for a disappointing season that cost former coach Walt Bell his job.

The Aggies have ties to Massachusetts at the top of the coaching pyramid. Former Boston College head coach Frank Spaziani is Aggies’ defensive coordinator. NMS head coach Doug Martin, who finished his ninth and no doubt last season, was Spaziani’s offensive coordinator at BC.

“They tear the ball around on offense and they throw it a decent amount,” Miller said. “They distribute the ball in the passing game and interfere with a small run, and in defense they play several fronts and blow a little.”

UMass and NMS are two of the seven FBS Independent programs, and both have fallen on hard times. UMass has played three of the other Independents this season. Minutemen beat UConn 27-13 on the 9th of October. and was beaten 62-17 in Liberty on October 30th. Minutemen showed up well for three quarters before falling 33-17 in the Army on Saturday.

“I told them before the game, during the break and after the game, that when you play hard and make that kind of effort, good things can happen,” Miller said. “It was 19-17 at the start of the fourth quarter and it was exciting for the players and coaches to be involved and have a good sense of football.”