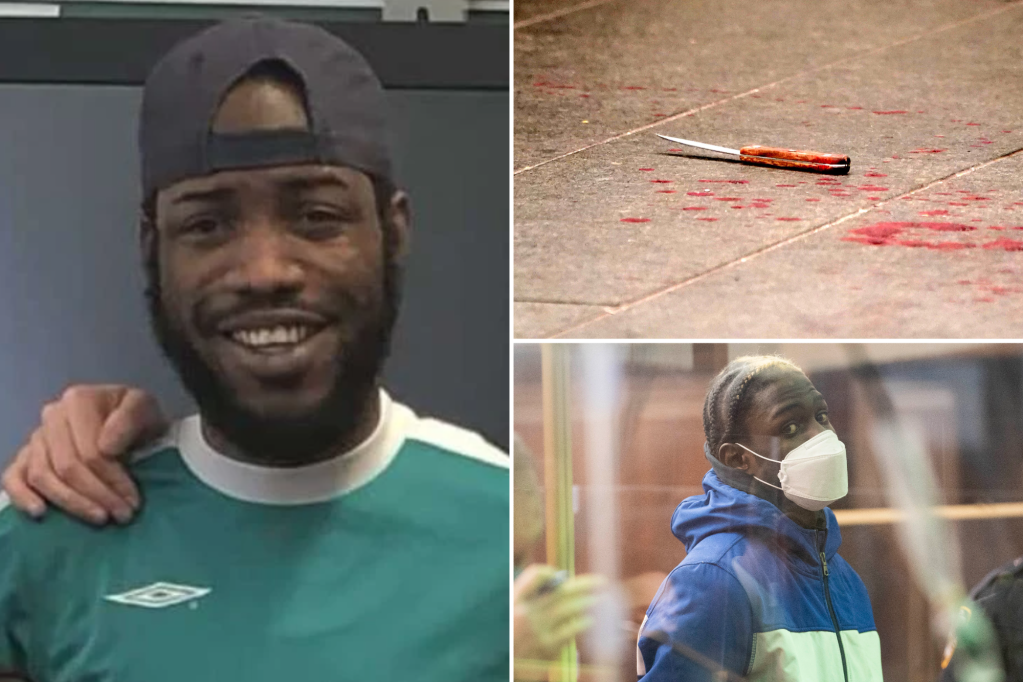 An unlucky football player asked, “Let me not die!” after he was fatally wounded in an unprovoked stabbing on a train at Penn Station, Manhattan prosecutors revealed Tuesday. “Someone hit me!” victim Akeem Loney shouted after the November 21 attack, Assistant District Attorney Jonathan Carfagno said in court. “Do not let me die! I will … Read more NEW YORK (CBSNewYork) – Another protest is planned Monday over plans to rebuild East River Park as a flood barrier. The city announced that the park will close today and construction will resume on the billion-dollar flood protection project. Some residents say the park will be destroyed by the plan, which requires the park to … Read more 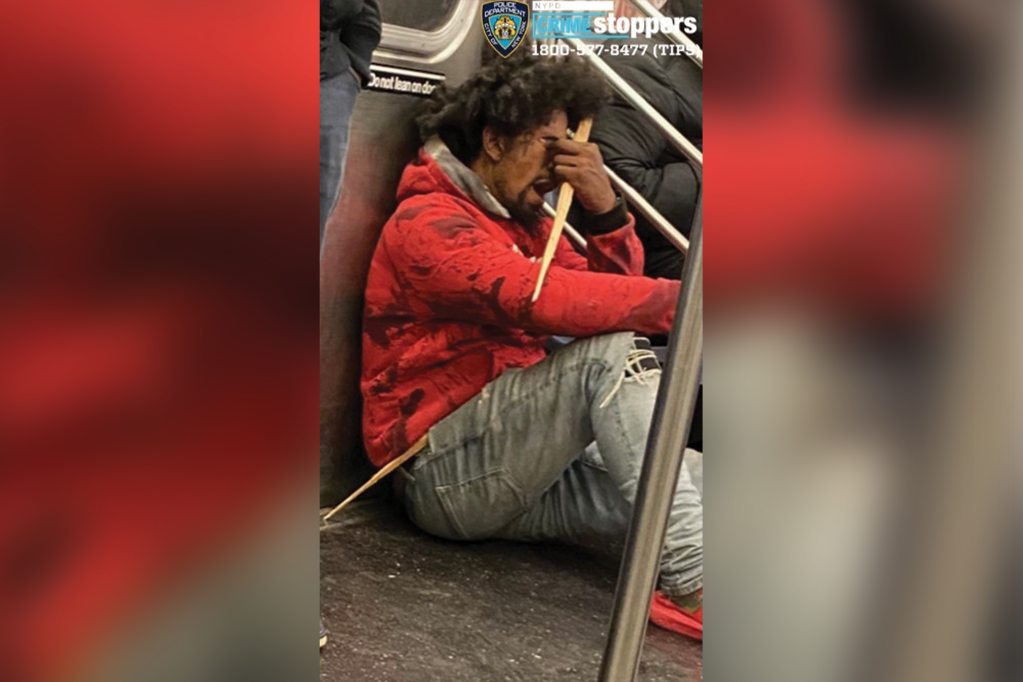 A man with two large wooden slices allegedly threatened to kill a woman on a Manhattan subway train last week, police said Sunday. The suspect spat derogatory comments at the 46-year-old victim and made the threats aboard a 4-train near Lexington Avenue and 59th Street station last Monday around 7:20 p.m., according to the NYPD. … Read more 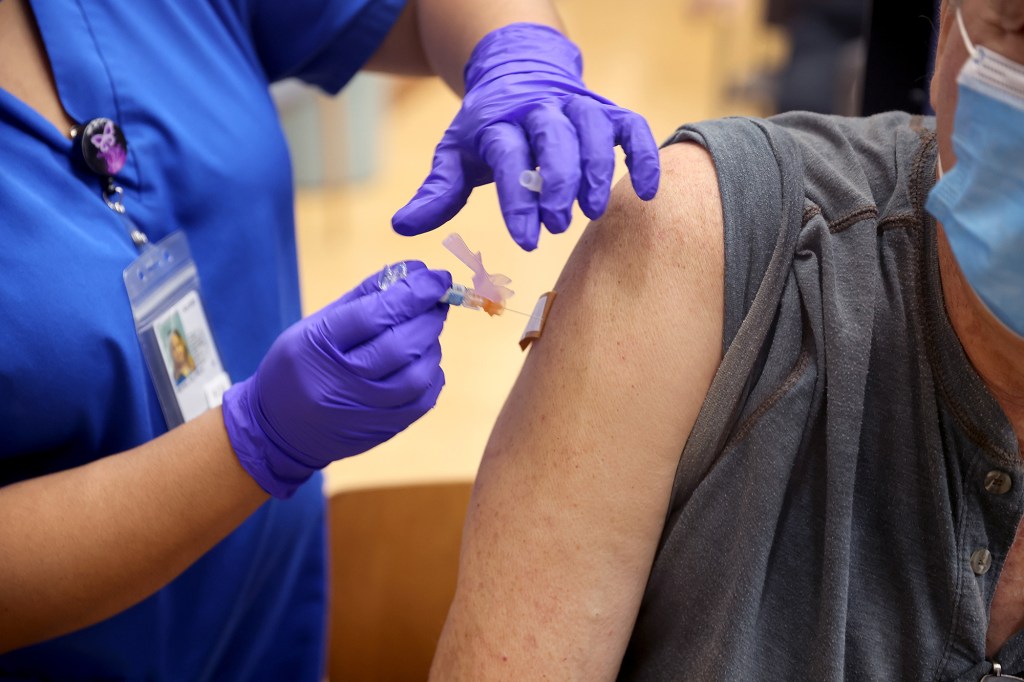 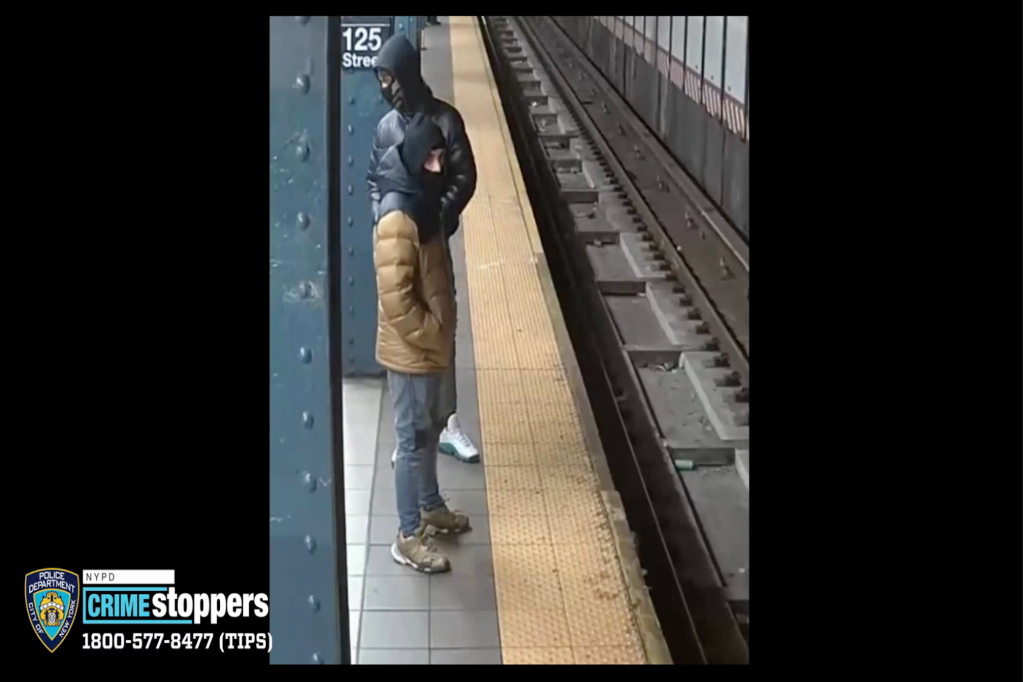 Two subway riders opened fire on two other strap hangers in a train in Manhattan Saturday morning. The attack happened on a southbound train 4, which was at 125 Street and Lexington Avenue station in Harlem around noon. 12:15, police say. The alleged gunmen approached a 21-year-old and a 22-year-old and began fighting with them … Read more 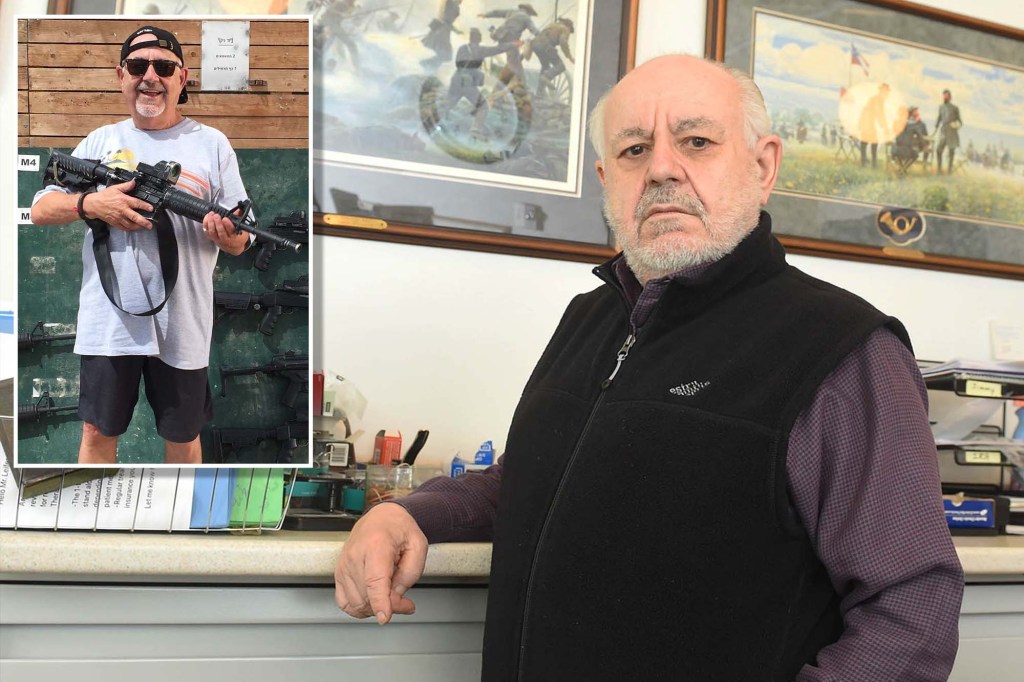 A Manhattan lawyer lost a gun battle this week, but he does not give up his war against what he sees as the NYPD’s repression of the right to bear arms. Max Leifer sued New York’s Finest because the department’s licensing department rejected his application for a gun license renewal in July 2020, accusing him … Read more 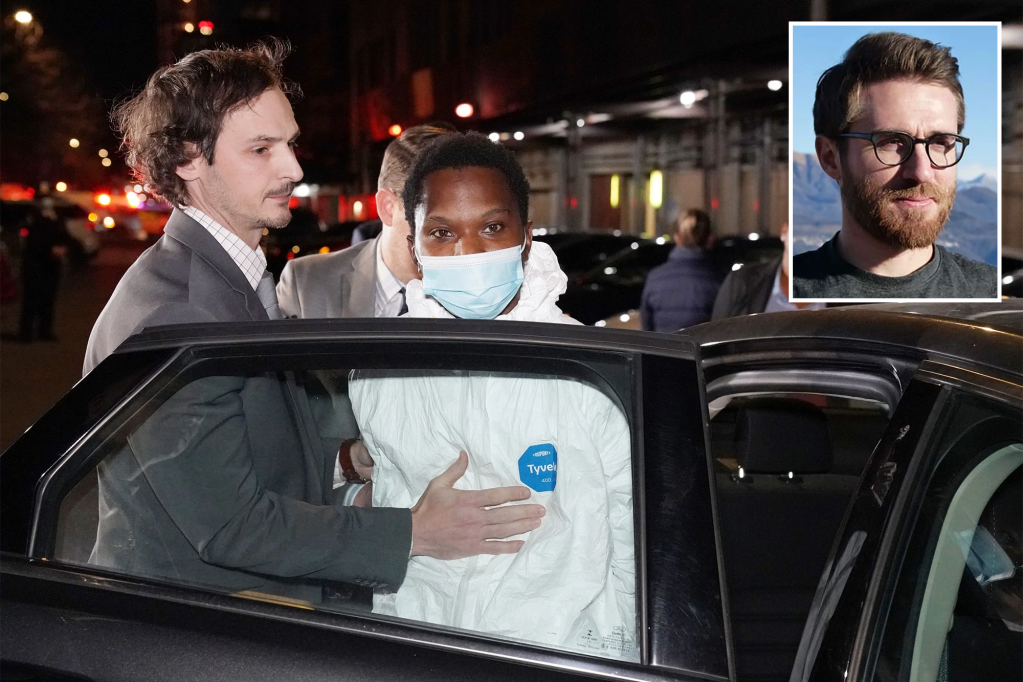 A former criminal was charged late Friday with an alleged stabbing that left a Columbia University student dead, an Italian tourist injured and a lawyer who was hit by what he described to The Post as a frightening, silent attack in Central Park. Vincent Pinkney, 25, awaited a number of charges, including murder and attempted … Read more 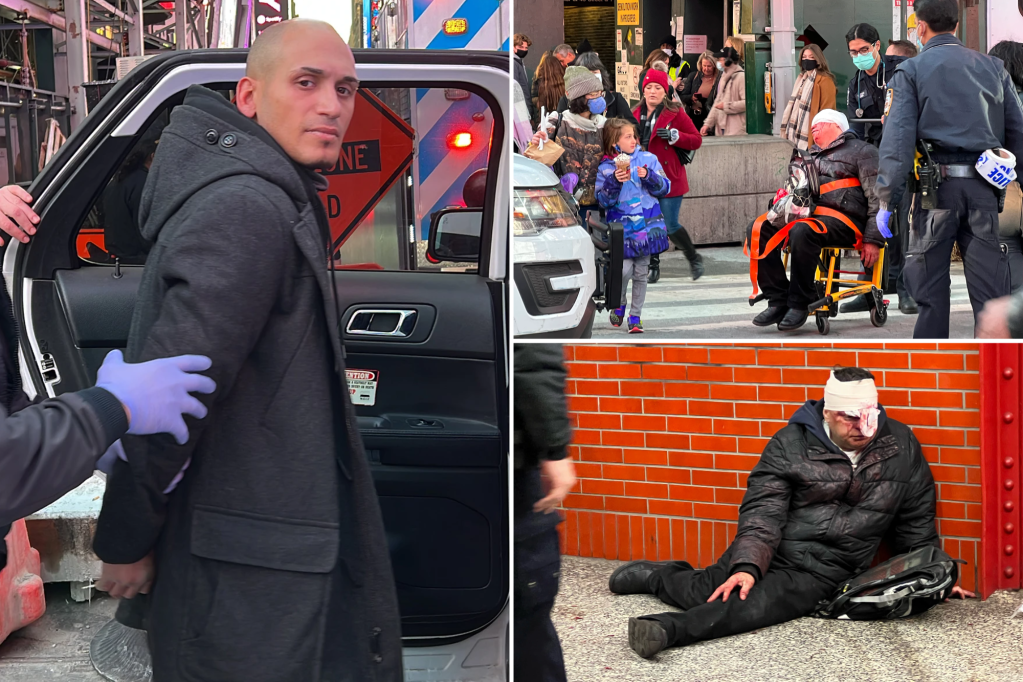 A man was arrested after leaving another man bloody during a fight on an underground platform in Midtown on Friday afternoon, officials said. The altercation between the two men broke out around 3.20pm on the northbound platform at 49th Street station, which serves the N and R trains, an MTA spokesman said. Pedestrians, including children, … Read more 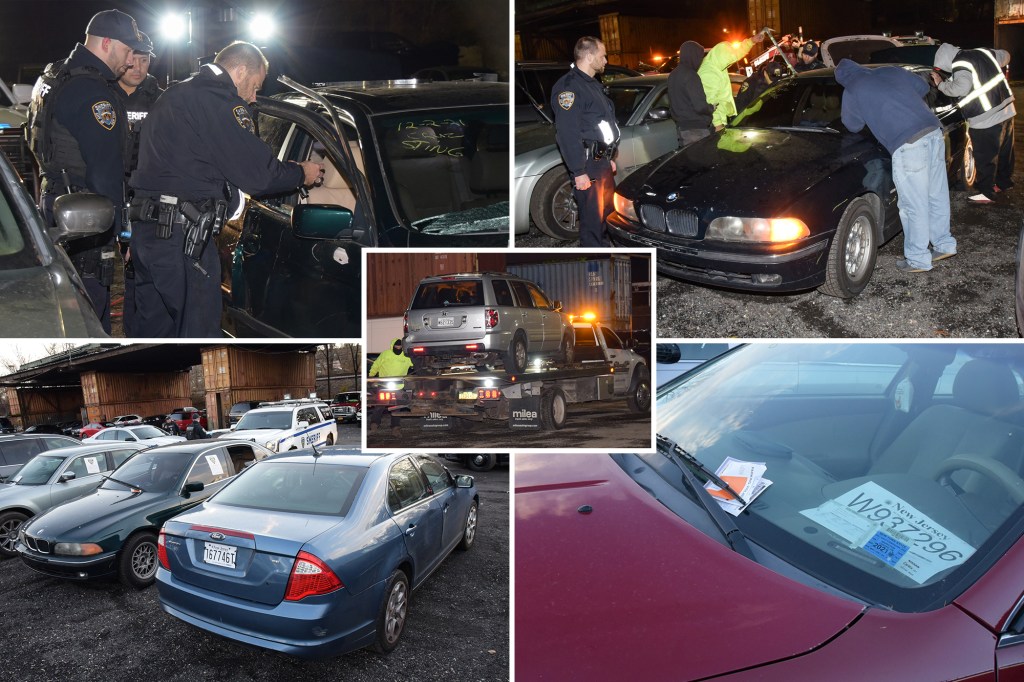