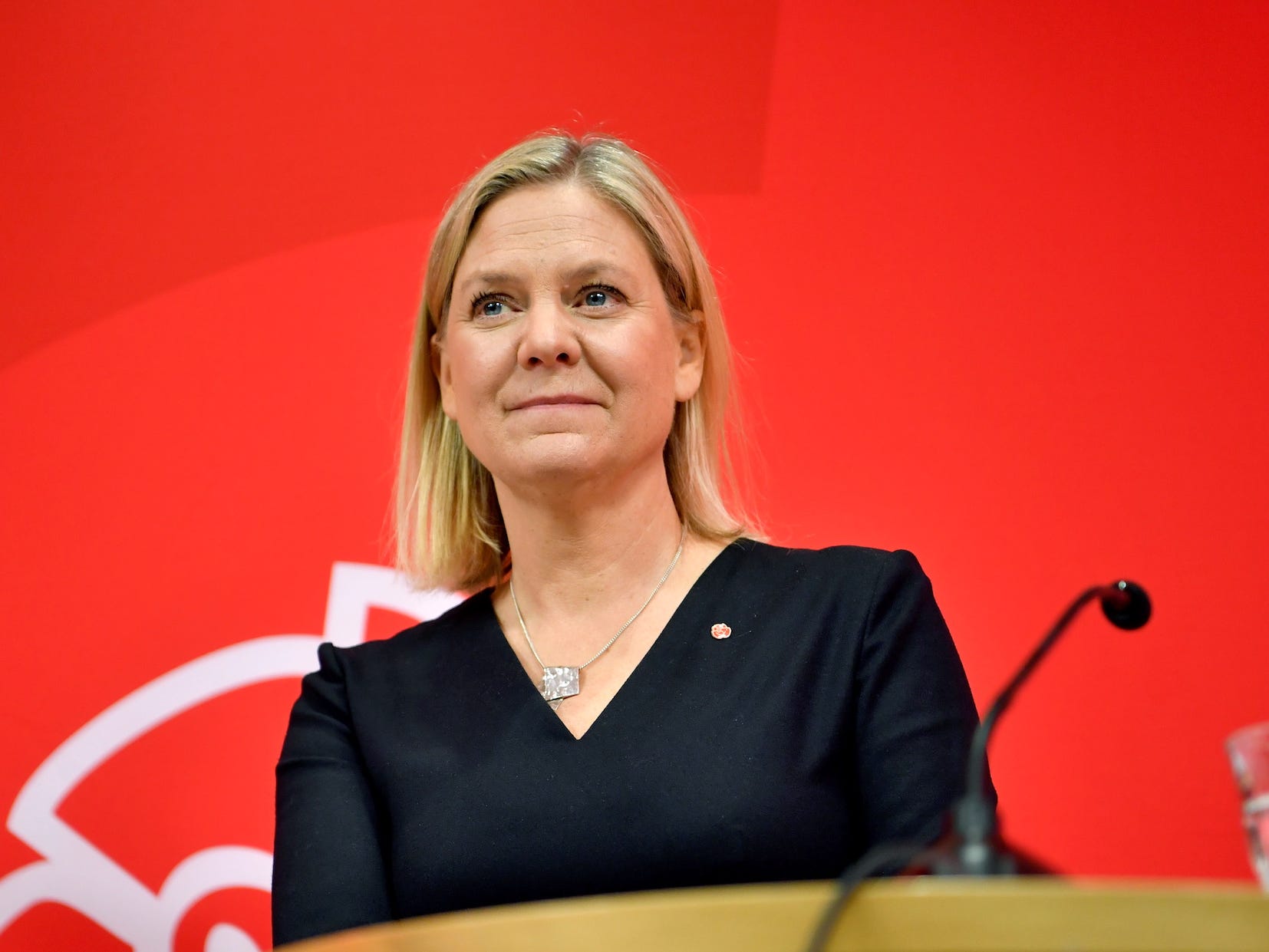 Magdalena Andersson, the leader of Sweden’s Social Democratic Party, was elected Prime Minister of the country’s parliament on Wednesday morning. Her first task was to get her budget plan through parliament that afternoon.

But a budget presented by other opposing political parties adopted instead, so the Greens, with whom her party had agreed to form a coalition government, left the government, the Associated Press reported.

Andersson then decided to quit.

She told reporters on Wednesday afternoon, according to Politico: “I have met the Speaker of Parliament and asked to be relieved of my post as Prime Minister.”

Politico noted that this follows the convention in Sweden: the Prime Minister is expected to resign if the other party in their coalition government withdraws.

Andersson said according to the AP that “a coalition government should resign if a party chooses to leave the government. Despite the fact that the parliamentary situation is unchanged, it must be tried again.”

She could still become prime minister again, depending on what kind of government parliament now agrees to form.

Andersson said she told the Speaker of Parliament, per Politico: “I remain ready to be prime minister, but for a Social Democratic single-party government.”

Andersson has previously been Sweden’s Minister of Finance.